We use cookies on this website. Some of these are necessary, while others allow us to enhance your experience and provide insights into how the site is being used.

We recommend that all cookies are accepted, but if you are not happy with this, then you can manage your preferences by clicking Customise Cookies.

Cookies are small pieces of data that websites store on your browser when you visit them. Cookies are useful because they allow a website to recognise your visit and collect information about how you use that website.

You can choose which type of optional cookies you wish to accept below. You can also manage these preferences at any time via the Cookie Policy, where you will also find more information about our cookies.

These cookies allow us to analyse usage statistics for our website, for example by counting the number of visitors and seeing how visitors navigate around the website when they are using it. These cookies can help us to improve the way our website works and provide you with a better experience. For further information on the type of information that is collected by our analytical cookies, please take a look at our Cookie Policy.

Any questions or concerns relating to the use of cookies by our websites and the processing of personal data obtained through their use may be directed to: DPO@leumiuk.com

1. Cookies – What are They and How Do We Use Them?

Cookies are small text files placed on your device when you visit a website. Leumi UK uses cookies to recognise you and your preferences, enhance the performance of our website and collect analytical information for the benefit of our customers and the Bank Leumi group. The term cookies includes similar technologies for collecting and storing information, such as Local Shared Objects (commonly referred to as "flash cookies") and web beacons or web bugs (including transparent or clear gifs).

Session cookies allow us to track your actions during a single browser session, for example to remember the items returned from a search. They do not remain on your device beyond your session.

Persistent cookies remain on your device between sessions and allow us to authenticate you and to remember your preferences.

They allow us to recognise and count the number of visitors and to see how visitors move around our website when they are using it. This helps us to improve the way our website works, for example, by ensuring that users are finding what they are looking for easily.

You may choose to change your cookie preferences by clicking on the “Customise Cookies” link at the bottom of this page. You may not disable any cookies that are strictly necessary through our website.

If you wish to opt out of all cookies (including necessary cookies), and delete any cookies which have already been placed for this website and any other website, you can do this through your browser settings. Your browser's 'help' function will tell you how to do this. However, please remember that cookies are often used to enable and improve certain functions on our website. If you choose to switch certain cookies off, it is likely to affect how our website works. Please note that by deleting or blocking cookies that are strictly necessary for the performance of our website, it may not function correctly and you may not be able to access certain areas of the website.

3. Links to Other Sites

Leumi UK´s website may contain links to other sites that are not owned or controlled by us. Please be aware that Leumi UK is not responsible for the privacy or security practices of such other sites. We encourage you to be aware when you leave our site and to read the privacy statements of each and every web site that collects personally identifiable information. In addition, Leumi UK´s website located at https://www.leumiuk.com contains links to sites of the institution’s affiliates based outside the United Kingdom.

Where we work with third-party vendors and they have access to personal data collected via cookies on our website, they are subject to appropriate contractual safeguards in line with the requirements of the GDPR.

We retain personal data collected by means of cookies needed for personalized services where you have consented to the use of cookies for those purposes. You can read more about how we process personal data generally by taking a look at our EU Privacy Notice.

If you are an EU resident, you have certain rights in relation to any personal data that we process about you. These rights are set out in section 6 of our EU Privacy Notice, which you can find here: EU Privacy Notice. 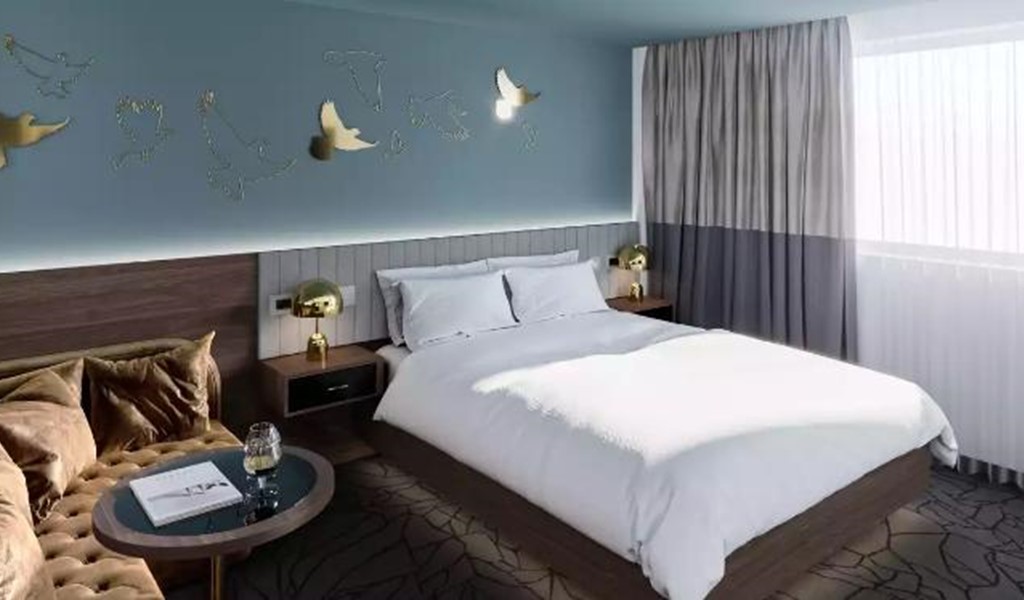 The deal comes as the latest in Leumi’s long-standing partnership with Shiva Hotels, with the bank having funded high-end projects including The Guardsman (formerly Vandon House). Middle Eight will begin taking reservations from February 2020 and is set to open its doors in May.

Louise Gillon, Head of Hotel Finance at Leumi UK, says: “This latest development with the team at Shiva Hotels perfectly represents the type of transaction our Hotel Finance team is looking to fund.

Thanks to the boutique nature of the bank, we are able to offer more flexible facilities compared to others in the market – giving us the freedom to support innovative, sustainable projects such as Middle Eight.”

James Greenwood, Relationship Manager, Hotel Finance, adds: “It was great to work with Shiva Hotels once again and this project was the perfect fit for us due to its prime location. Given our close relationship with the team, we were able to follow the deal through to completion – we very much look forward to seeing Middle Eight open its doors to guests later this year.”

Rishi Sachdev, Managing Director, Shiva Hotel, comments: “Leumi UK was a natural fit for us having successfully partnered with them on a number of previous projects. They have a solid understanding of our business and were able to tailor the facility to suit our needs in a quick, efficient manner that will see Middle Eight open its doors to the public this May. We greatly appreciate the support we have received from the Leumi UK team on our projects to date – and look forward to those to come.”

About Leumi UK and Leumi Group

Leumi UK is a UK-regulated bank offering a wide range of corporate and commercial banking services to both UK based and international clients. An integral part of the Leumi Group founded in London in 1902, the Bank operates through its Head Office in London and its award-winning Asset Based Lender subsidiary, Leumi ABL in Brighton. Activities include commercial finance, trade finance, with a particular expertise in financing cross border trading, commodity finance, financing Israeli related business, property finance and hotel finance. The Bank serves its clients with deposit accounts, hedging and foreign exchange capabilities.

Leumi UK is a subsidiary of the Leumi Group, one of Israel’s largest banking groups and a reputable global banking institution. The Group operates over 220 branches across Israel, alongside offices in key financial centres worldwide. The Group offers a comprehensive range of specialised financial services.

Leumi UK lends £8.29 million to fund the acquisition and refurbishment of 70-bed PBSA scheme within a challenging timetable

If you are a member of the press and you would like to contact us, please get in touch.